Cold windy day with high fire hazard. Smoke was seen up Over Jordon Farm Ln off Bear Wallow Hollow. Company 4, Flint Hill VFR arrived on scene to 5-6 acres on fire running across the field being pushed by wind towards the woods. Knocking down flanks briefly we headed to the woods to catch the head of the fire. Into the woods using booster lines we were able to stop the progression. However, decaying and hollow trees caught embers and began to burn. Chain saws came out and those trees came down. A forestry bulldozer arrived and pushed the remaining problem trees. As dust approached a large black cloud approached with high winds and snow falling so quickly that an inch covered the ground. A member stated over the radio. “I think we have put enough water on the snow” Firefighters wrapped up quickly to drive home on slick roads. Every Fire Company in Rappahannock County was involved. 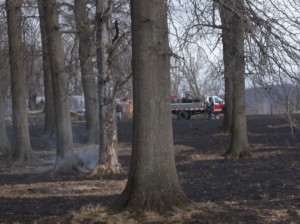 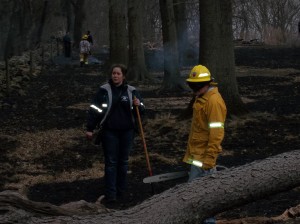 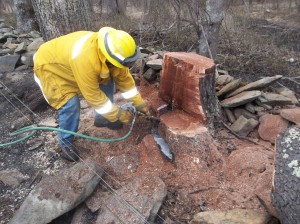 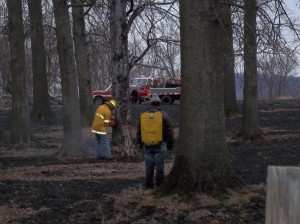 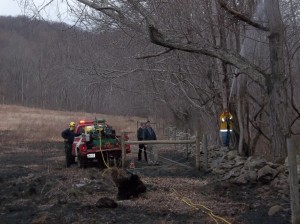 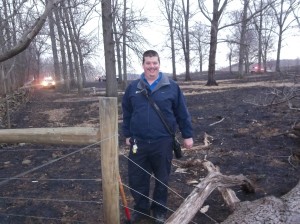 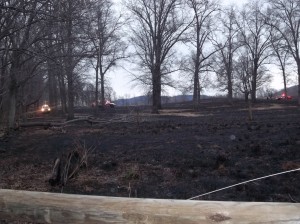 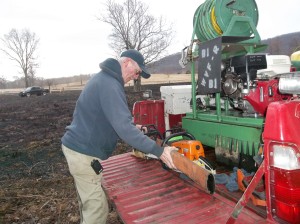 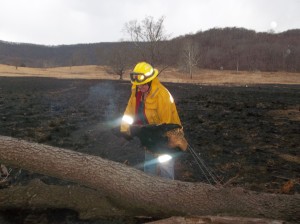 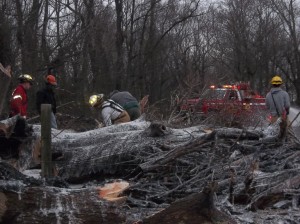 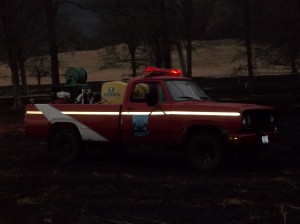 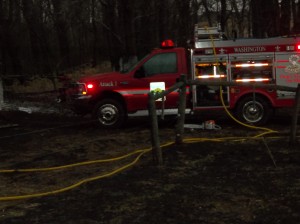 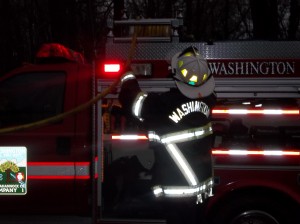 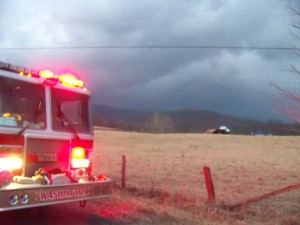 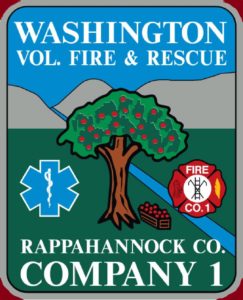